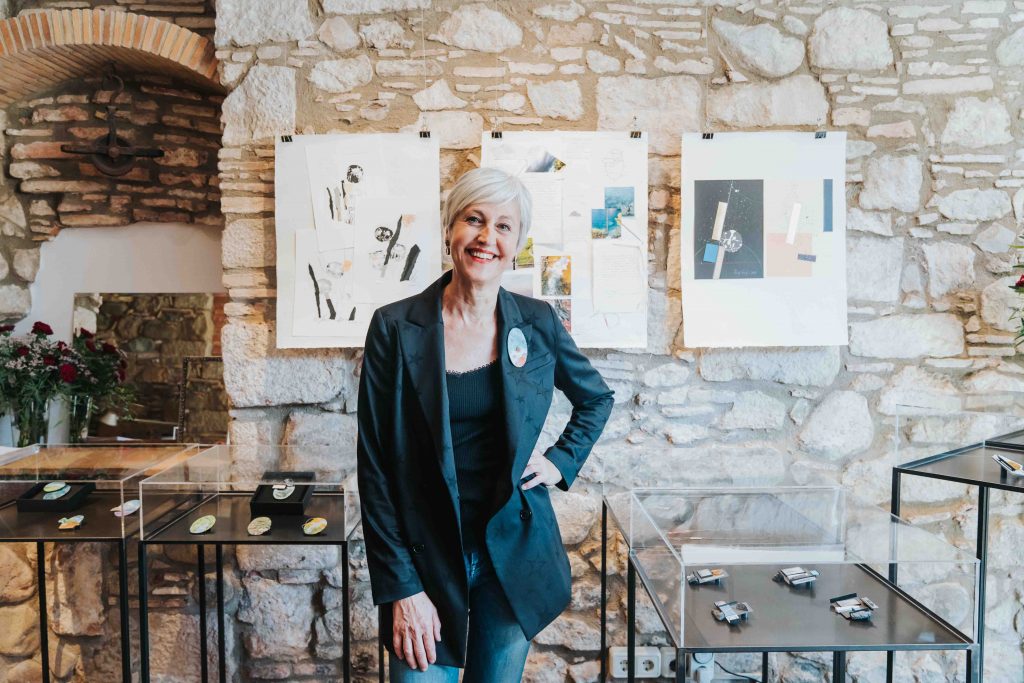 I hold a Bachelor of Fine Arts Degree from the University of Barcelona and have taught jewelry courses at Barcelona’s Massana School. In 2000 I started to create jewels. I like to experiment and have been working with different materials such as silver, copper, enamels, fabric, resin, etcetera. In 2008 I began publishing «Mar de Color Rosa», a blog focused on the compilation and sharing of information about contemporary jewelry that I’ve been collecting for eight years. From 2009 until 2013 I was a member of «Joyas Sensacionales», a group coordinated by jeweler Silvia Walz in Barcelona. In 2014 I opened my workshop in Girona to the public where you can find my jewelry as well as exhibitions about contemporary jewelry by other artists.

My work is mainly based on observation of the landscape and how it has been interpreted in different cultural and artistic disciplines. Nature and ancient constructions, as well as the writing of ancient civilizations are starting points that open paths I like to follow, even though I never know exactly where they will take me.

I try to transmit in a jewel the emotion that a mountain gives me, or a river or poem that speaks about the beauty of a particular place. I love the landscapes around me which always surprise with new colors and new shapes. Often they are my inspiration, inviting me to create. 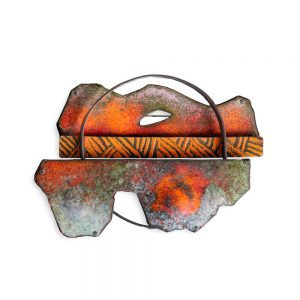 From 2009 until 2013 I have been member of Joyas Sensacionales group coordinated by jeweler Silvia Walz.

Illustrations in the literary magazine Senhal.

A weekly illustration in the newspaper Diari de Girona.

Teacher of Drawing in the secondary school.

From 2009 until 2013 I have been member of Joyas Sensacionales group coordinated by jeweler Silvia Walz.

1996 and 1999 Illustrations in the literary magazine Senhal.

1988-1998 A weekly illustration in the newspaper Diari de Girona.